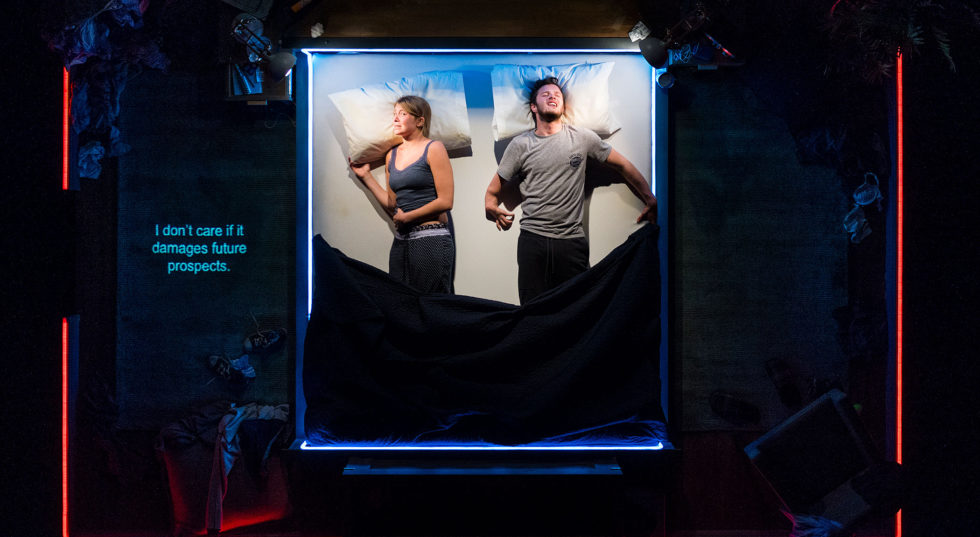 We’re very excited to announce that Breakneck Films’ documentary #SugarWater is now available to watch on Amazon Prime! A behind the scenes documentary following our first performance at The National Theatre.

#SugarWater charts the journey of Graeae’s first ever production at the National Theatre in spring 2016 with Jack Thorne’s The Solid Life of Sugar Water, which played a sell-out run in the Temporary Theatre following a critically acclaimed run at the 2015 Edinburgh Festival Fringe and a UK tour. This production not only marked the first time Graeae had been seen at the National Theatre, but also the first time a disabled led theatre company, with a fully accessible production, had been seen on one of the National’s stages. The production starred Genevieve Barr as Alice, and Arthur Hughes as Phil, and was directed by Graeae’s Associate Director Amit Sharma. Theatre Royal Plymouth co-produced the production with Graeae.

Amit Sharma, Director of The Solid Life of Sugar Water said: ‘Breakneck Films’ brilliant documentary, charting the journey of Graeae’s first production at the National Theatre with Jack Thorne’s incredible play The Solid Life of Sugar Water, deserves to be seen by as wide an audience as possible, so I’m thrilled that it is receiving it’s first cinematic screening at the Genesis, Mile End. The film brilliantly gets across the excitement, hard work and anticipation leading up to opening night, as well as what a milestone this production was in Graeae’s history.’