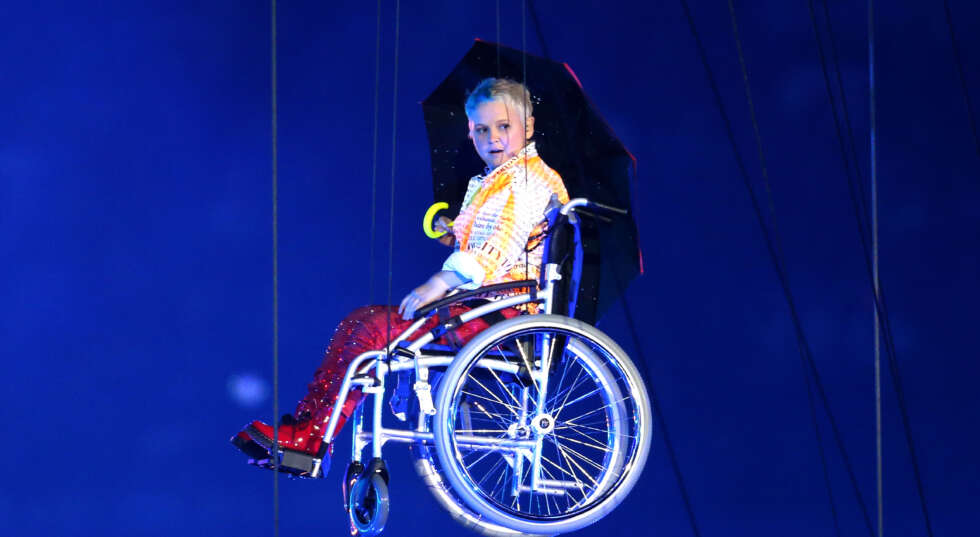 To mark the 8th anniversary of the London 2012 Paralympic Games opening ceremony, and in support of the Disability Arts Alliance’s #WeShallNotBeRemoved campaign, members of the cast and creative team from past productions of Graeae’s Reasons to be Cheerful (clocking up over 20,000 views while online this summer) have come together to record a very special recording of the Ian Dury and The Blockheads’ hit Spasticus Autisticus from the show.

Produced by Graeae, the video features over 30 artists formerly involved with the show in some capacity, including Graeae patrons Jemima Dury and Mat Fraser and director Jenny Sealey. Full cast and creative team listed below. The video is creatively audio described and captioned.

On 29 August 2012, the world watched as Deaf and disabled people literally took centre stage in the spectacular, game-changing Opening Ceremony for the London 2012 Paralympic Games, directed by Jenny Sealey and Bradley Hemmings. Watching the cast of Reasons to be Cheerful performing ‘Spasticus Autisticus’ to a worldwide audience of two billion people (including HM The Queen) was an incredible statement to witness.

The COVID-19 pandemic has amplified the concern that Deaf and disabled artists and their rich contribution to the cultural sector, will once again be forgotten and left behind. In response  the Disability Arts Alliance was formed in summer 2020. The groups first online  piece of public activism was the campaign #WeShallNotBeRemoved which reached #2 in the UK trending twitter charts on 17 June.

Cast (in order of appearance):