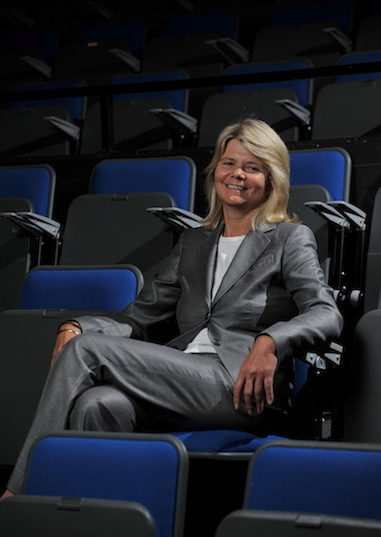 My time at Live Theatre and the ‘Garret

So the imminent deadline was looming for Graeae – first draft of a play –one week to go.

Part of the Write to Play scheme is two weeks of placement at one of the theatres involved. One week of mine was to be at Live Theatre situated in the city of Newcastle near the quayside of the river Tyne.

(The quayside is important in this blog, bear with….) so the week leading up to the deadline I travelled to Newcastle.

The first morning I was there, it was the hottest day of the year so far, everyone was walking at promenade pace due to the heat, and everyone was dressed for the weather except me, the only one with a cardigan on. I’d heard Newcastle was cold.

Gez Casey the Literary Manager was looking after me. The first thing he did was show me to my garret. Yes, it was a garret but not one for starving wannabe writers beloved of Victorian literature but one with a huge table, comfortable chairs and easy access to a kitchen with tea on tap and a recently opened Swedish Deli around the corner.

It was at the very top of the building (told you it was a garret) and the evidence of an industrial past was obvious by the huge machinery still in place. I mean just look at the picture!

When Gez left, I sat at the table and stared out over the Georgian and Victorian rooftops. It’s amazing what happens at rooftop level and Newcastle was no exception – there were paddling pools and barbecues – was I really going to get any work done?

Now for the quayside bit…

To settle my focus I went for a walk along the river and popped into the Baltic Centre for some Contemporary Art inspiration. Forget the art; it has an amazing viewing gallery offering a panoramic outlook towards both the sea and inland. It was from here that I saw a commotion on the quayside. Fire engines, police and ambulances were screaming up to the water’s edge, river rescue boats were arriving at speed.

A man had fallen – or jumped – in. The rescue was quick and efficient.

Back down on the quayside talk was of nothing else.

I returned to my garret feeling more than lucky. And I wrote with a new purpose. However, I walked along the river every day after that. The week wasn’t just about writing.

I met the writer David Almond – a truly charming man – before seeing his stage adaptation of his own book The Savage at Live Theatre – brilliant production, the reviews don’t lie. His thinking on adaptation was truly refreshing.

I met most of the team at Live Theatre who were very welcoming but I had a great chat with Paul the Associate Director of the Education and Participation section whose passion for and belief in the power of drama for young people should be experienced by every head teacher and more than one government minister.

Gez kept me supplied with a steady stream of plays that we discussed on a daily basis; it truly fed the creative process.

By the end of the week, I had finished the first draft of my play Storage Britain and the sun was still shining. After hitting the send button whisking the play to Graeae I did a celebratory minimalistic boogie around my borrowed garret….yep the Live Theatre team were lucky to miss that.

A week in London, a week at Graeae, a week of workshops and more. All five of us on the Write to Play team. That’s four writers and a baby.  We couldn’t be without the baby now. He’s very magnanimous, gives us all cuddles in equal measure. At the start of the week, we needed those cuddles.

We had the looming deadlines of the delivery of our treatments – end of May – and the first draft of the play – end of July. We were ready -ish, we were focused – ish, we were nervous – ish. The baby wasn’t fooled.

We were more than welcomed. Two tutors. Selma Dimitrijevic and Paul Sirett, practitioners both with a wealth of differing experience but there with one purpose, to get us to move on, develop, learn. No question too stupid. None.

They’d seen some of our work but in the first session we chatted, they listened and planned, resulting in a week focused specifically to our individual writerly needs. Where else would you get that tailored support? Generous in their sharing, challenging in their comments, interesting with their exercises, but more than supportive of our half-formed tentative ideas.

Graeae shared everything. Their working practice, their vision and their challenges: The workshops they do, the productions they make happen, the people of all ages they inspire, and their tea and coffee. Can’t but help to want to be around that creativity, to soak it up and soak it up we did during varying discussions with Amit, Chloe, Jodi and Helen as well as the team at large over a beer. The baby slept.

And then the two theatre trips, one to the Royal Court to see Human Animals and one to Stratford East to see The Government Inspector, the first Ramps on the Moon production. The energy coming off all of the actors in both performances reminded you what the term ‘live theatre’ actually means and why the experience is like no other. And why you want to put words into their mouths, see them realise your vision you’ve only known on the computer screen and in your myriad of notebooks. The notebook business must make a fortune out of playwrights. We four writers alone had a rainbow range between us.

By the end of the week, we all felt we were much more muscled as writers. Clearer in our chosen ideas for our scripts, a definite sense of purpose and a facing of deadlines that now didn’t scare but inspired and motivated. We know what we want to write and we feel, really feel, we have the passion and the right to write it.

The baby never doubted it of course.

Tough call to choose one book, record and play but here goes and hopefully with no cheating… hopefully…

One book? Definitely think it would have to be Philip Pullman’s Northern Lights the first in his Dark Materials trilogy.  (If I was cheating I’d take all three – but hey!)  This is the book young readers were reading when adults were working their way through the Harry Potters. Complex, rich, challenging characters and themes but all delivered at a cracking pace.

One record? Would have to be Elgar’s Cello Concerto in E minor Op 85, Jacqueline Du Pre’s interpretation as nobody plays it quite like her. Passionate, intense, moving and yet I’ve chosen the piece as unusually it has the power to reflect and enhance any mood you are in, from deliriously happy to silently despairing.

One play? – I mean. C’mon.  Desert Island Discs gives you the whole works of Shakespeare without batting an eyelid. This was the hardest for me regarding NOT cheating, because my initial response was to choose a Methuen ‘Plays One’ of a particular writer (or Two Three and Four).  But no, sticking to the remit one play it is and that is The Skriker by Caryl Churchill. Still stands up as a lyrical exploration of ancient and current fears.