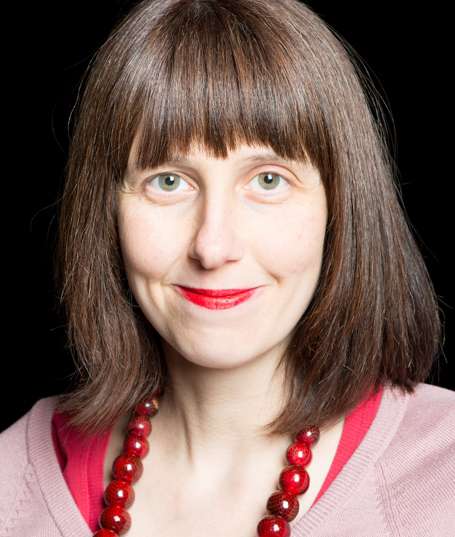 Coming Out and Staying Out

This blog is a promise to myself never to hide my dyspraxia again in a playwriting context or indeed any other context where it’s more useful to myself and/or others if I am ‘out’ about my disability.

So I have dyspraxia. Indeed, other than the fact that I’m passionate about playwriting and have had a few plays produced, that’s the reason I’m lucky enough to be on the Graeae ‘Write to Play’ scheme – I have dyspraxia, a hidden disability that affects my gross motor, fine motor and organisational abilities. For example, I can’t drive a car, thread a needle, use a pair of scissors or a tin opener but I can do other things including write a play, which is the main aim of the scheme – developing a play with incredible support from Graeae and partner theatres. However, while the masterclasses, playwriting 101 course and mentoring sessions have focused on the play, there have been many thought provoking discussions, both scheduled and spontaneous, around disability, and as a member of a group of disabled playwrights, I’ve been reflecting on the relationship between my disability and my playwriting journey and the question of what it means to be a dyspraxic playwright.

The relationship between my dyspraxia and my playwriting journey is complex. Undiagnosed dyspraxia stopped me writing – I was simply too scared to pursue the path I wanted to be on, feeling that it would somehow expose me of my unknown inadequacy that had no name. Of all the creative writing genres, theatre terrified me the most – because although the self is arguably less exposed than other genres as it’s filtered through characters who are played by actors, the process is about collaboration and participation, about the interplay between the verbal and the non-verbal, about physicality. It’s hard to be a playwright in hiding. I decided to be a novelist. I decided to hide.

Diagnosis at age 29 had the opposite effect – I stopped being scared and suddenly I had the confidence to explore my love of playwriting. I joined a local playwrights group at the Mercury Theatre and less than a year later had my first professional production at the Mercury. I started to tentatively call myself a playwright but not a dyspraxic one. Because here’s the irony: while my diagnosis had been the key to kick-start playwriting, I was for a long time rarely open about my disability in playwriting environments. I don’t know why. Did I feel uncomfortable with my disability myself? Did I think I would be judged differently? Did I fear a blank response and having to explain to whomever exactly what dyspraxia was? Probably a combination of all of those but the reality was that I was hiding because that’s what I’ve done all my life up until my diagnosis and, even if I did occasionally come clean about my dyspraxia post-diagnosis, I would never be assertive enough to ask for the support I needed.

My relationship with Graeae changed all of that. My play ‘HIDDEN’ that I developed with Graeae’s support in 2011/12, directly engaged with dyspraxia which meant I had to be open about my disability in actor development sessions to help the creative team gain an insight into the condition. But it wasn’t just my own play R&D that changed me; it was Graeae’s radical, egalitarian approach to disability. I attended a workshop with Amit where he said; ‘everyone can play the game’. As someone who could never play the game, who was bullied and humiliated in PE, this was a penny drop moment. It wasn’t that I couldn’t participate but that the rules of participation would need to be adapted to suit me and that was my right, but maybe I had to be proactive in making it happen.

Within the Graeae space I began to be open about my disability which made my life so much easier – I could concentrate on the play and not worry about spilling my cup of coffee or zoning out or forgetting which scene was next. I finally understood that managing my disability without support was not strength but a denial of needs. This year of ‘Write to Play’, as well as developing my writing, has further helped me to feel comfortable about my disability and to be true to who I am in other situations outside of the supportive space of Graeae.

This blog is a promise I want to keep.

Today we welcome Nicola to the Write to Play blog where, for her first post, she discusses Blogger’s Block…

So it’s Tuesday night sometime after eleven and I’ve promised Chloe I’ll do the first blog in my new role as penultimate Write to Play blogger before tomorrow. PANIC! It’s not that I’m a last minute writer, quite the opposite I hate to miss a deadline, but school holidays mean I’m with my three girls all day and Aniela’s tooth cutting this week has seriously eaten into both my precious night time writing and my energy supplies. Oh well, there’s always a positive, and I remind myself that I’m at my most creative late at night when the house is finally silent and sleepy and I can free myself of my daily chaos.  PANIC OVER!

Or is it? Because although I love blogging, right now in this moment I don’t know what to write. To be honest, what I really want to write is the next scene of my Write to Play play draft, which is sitting invitingly on my desk. The final rehearsal at Soho Theatre was so inspiring and helpful in clarifying potential plot lines that I’m absolutely desperate to get scribbling.

But I digress. Tonight it’s the blog and the clock is ticking and I DON’T KNOW WHAT TO WRITE. I check out the brief. We can write about any aspect of the project which is great because I have so much to say about this incredible programme which has been a lifesaver: helping me to identify fully as a dyspraxic playwright, creating a space away from my challenging domestic situation, giving me the opportunity to develop a personal dyspraxic playwriting style…The list is endless, but where to start? And that’s part of the problem for my dyspraxic brain which fires out ideas but struggles to organize them. It’s the same with playwriting, the dialogue comes fast but I can’t get it down on the screen quick enough.

What’s weird is that I’ve never had writer’s block before – it’s come up several times during masterclass discussions but isn’t something I’ve encountered. I can always write – I write too much, too quickly, too soon but I can always write. So, I decide I have ‘blogger’s block’ and wonder if this is a known phenomenon? I google it – and yes, plenty of tips on blogging but none of it helps and time is still ticking. I read the other blogs from fellow Write to Play writers and find myself laughing and crying. What an honour to be part of this team, whose support has truly been one of the many unexpected delights of the programme.

Being ‘stuck’ like this reminds me of my favourite Bukowski poem ‘Air, light, time and space’. http://airlighttimespace.com/  I return to it at low points in my playwriting journey because it blows away any excuses I have. If you need inspiration to keep writing, check it out. Right now it feels dangerously close to my life and makes me even more desperate to get on with the play.

If I could just finish …

But hey, suddenly I realise it’s done, off point and unfocussed, but there you go. AND, I can still manage a good hour on the play before Aniela’s moonlight feed.

At Miniature 2, there was a fantastic moment where the other four writers, Tom, Sean, Amy and Nicky, talked about the austerity measures and the cutting of the independent living fund in the UK. This topic was the backdrop of many chats.

Living outside the jurisdiction – Dublin – the stories of austerity were familiar. Over here, across the pond, we’ve had five years of it and a lot of services for Disabled people have disappeared – similar to theatre companies. The conversation felt like a theatrical, improvised piece. We all had our own, unwritten scripts. Each contribution triggered a story – a moment, an incident, a worry – there was a lot of holding back.

The five of us writers were joined by Aniela, Nicky’s daughter. Carrying this delightful, small person made me wonder how the aesthetic in the room must seem. The emotion, the energy, the rage. It was engulfing. This casual, loose, undisciplined, unplanned discourse took me out of myself.

WTP 2014 has assaulted my grip on the notion of the script. Coming to writing quite late in my life means that the script, and how it’s written or developed, may be archaic. I’m old style – definitely old fashioned with all its rigidness. The notion of me working with what’s in the room, rather than being isolated and often oscillated by my own idiosyncrasies, opened up all sorts of possibilities – they seeped their way into my imagination. The Scottish playwright and director, Anthony Neilson, joined us for a three-hour session on improvisation. This concept was a challenge to me. The recognition that a story line can be engineered by more than one person brought a surge of relief. Anthony talked about collaborative work in ways that the writer must offer and accept inputs in the ultimate form of human generosity. Other theatre practitioners – be they actors, dancers, choreographers, sign interpreters – all contribute to the weaving of a piece.

The grip I had on the script was always on the edge – my insecurity about the craft of writing. The edge shifted – I shuffled, shrugged and then responded with a definite knowing.

Constant reading and writing – anything that might spark creativity, if not ingenuity. This may well mean dreaming a whole new piece of theatre. There’s a vagueness to the plot that is almost funny – in this silent daftness. The original piece was determined not to remain unfinished – the story line, the monologues – refused the new piece entry.

Contours of characters became concrete. My time away from it meant gaps and clumsy thinking were highlighted. The pull came from the piece. Me, the writer, intending so very much to park it. Ineptness overwhelmed me. The craving for ambivalence disappeared. This piece attached itself to my psyche and no other piece had room to maneuver. Acknowledging this will require endurance – surrendering to its unfinished plot requires grace, if not willfulness. The shock of being tricked by your unconsciousness – similar names and voices occur. The characters – improvised their grip on me.