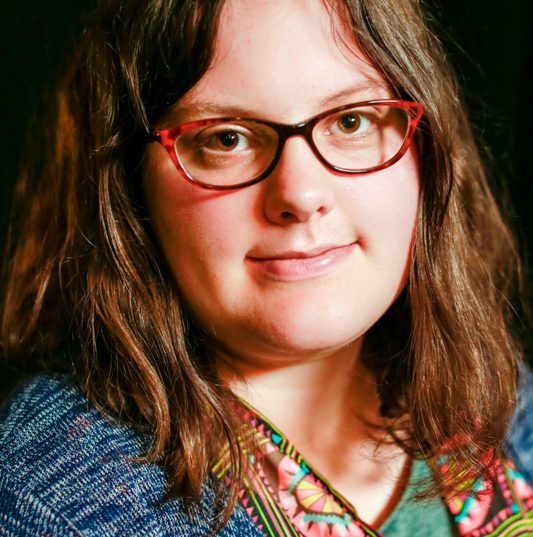 Miniature One was an opportunity to show a monologue to a select audience at West Yorkshire Playhouse. It was an exhilarating experience; a two-day creative whirlwind of rehearsing, developing, and finally the sharing. There was a real wide range of pieces, varying in style and themes. There was also a baby and a dog present so the cuteness factor was cranked up.

I found that on a very personal level the chance to work intensely on my monologue really helped me understand the impact my writing can have on an audience, and also how it can be interpreted by directors and actors. Before the sharing, my play was vigorously read through by the actors involved, with space for them to discuss what they understood about character, place and theme in each scene in the play. This was extremely useful as it gave me a chance to see how professionals interpreted the nuances of my work.

I always find it difficult to watch my own work (due to some kind of embedded writerly self-doubt), but the performance was excellently carried out and I feel it reached my writing’s full potential.

I’m now working on ideas for my duologue before the deadline at the end of March. This second miniature seems to be growing naturally from the ideas I developed in the monologue. A character neglected to the sidelines of my monologue will be explored in much more detail in the duologue. The focus of my work this year is medication; but in the second piece, I would like to focus more closely on physical rather than mental illness, as I intend to explore both in my final full-length play.

Hello, I’m Sarah and I’m on the Write to Play scheme this year (I’m surprised you haven’t heard, I thought I’d told everyone on the planet). I’m taking this year to write a play about medication and illness. I suffer from Bipolar Disorder myself and I want to explore this and other illnesses and disability in my work.

So far, the scheme has been awesome. It all kicked off with a weeklong course at Live Theatre in Newcastle run by Paul Sirett and Selma Dimitrijevic; and so the brewing of ideas began. Their input informed us all, not only about the basics of playwriting, but on starting the process of developing a monologue. Everyone on the scheme will have their monologue put on in February at West Yorkshire Playhouse.

Since then there have been two half day workshops one led by Dawn King and the other by Tamsin Ogelsby. Both were highly inspirational, and got me scribbling away on the train all the way home.  Their views on playwriting were very different so it was interesting to compare the two approaches and learn about a variety of opinions on playwriting.

At some point between these activities, I was informed that my mentor for this year would be Suzanne Bell from the Royal Exchange Theatre (yes I have been to more theatres than I can so far count, seeing all the variety is fascinating). During my first meeting with Suz, I was met by a huge pile of books and a recommended reading list that made me instantly realise that she was my kind of woman. We discussed how I would like to focus on developing characters this year, as my plays have always been a little plot-heavy and about plays that relate to my ideas on medication and mental illness.

Now I am still focusing on drafting my monologue and I can’t wait to workshop it and ultimately see it performed later this month. It’s been very hard work but I think it’s getting there (hopefully).