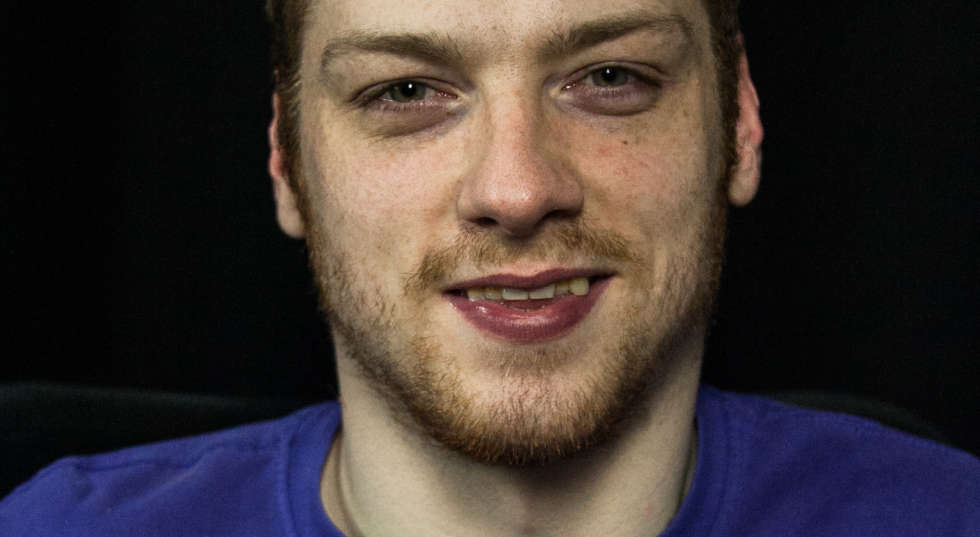 “Going With Your Instinct”

So, the time has come for me to pen my last Graeae blog before I hand over to the next Write To Play-er. I think this is supposed to be the one where I provide that nugget of advice that rings through your ears as you too embark on your writing odyssey. Truthfully, I’m not really sure what I should write. There are those far more articulate than me who can do that. I think I might have to go with my instincts, and write about following your instinct. (There’s that segway again.)

Having just sent in the second drafts of duologues, not far away on the horizon is the deadline for the treatment of our full-length plays. As I write, I’m in the middle of that part in the process where you’re scratching around for the words to flesh out a story beyond a paragraph of vagueness. Lately, I’ve tried not to be overawed by this and just embrace the mystery of the situation. This year, a buzz word for all of us has been instinct; whether it be talking about the importance of just turning up at the page with James Grieve, or making snap decisions to Selma Dimitrijevic’s ‘Make It Worse’ exercise, going with that tiny voice in your head never seems to be too far away. This feels strange for me to say because I always thought I needed to plan in order to know what was going on. Given that both of my Graeae pieces so far have been born out of patience and going with my gut, perhaps I’m turning a corner. This pleases me.

When I started Write to Play, I had an idea of the play I wanted to write. It was one I’d tried to write previously but not managed to finish. As things have developed, I’ve realised that that play is locked in: it’s not going anywhere so, while I have the chance, I should go on a journey with a new idea, and use Graeae, my fellow writers and mentor to help shape that. I’ve said it previously, but the great thing about Write to Play is the emphasis on writing the play you want to write, and not being afraid to take risks.

It’s been a pleasure to talk to you through this blog. Thanks to everyone at Graeae for letting me take the reins for a while.

A couple of years ago, I took some writing on holiday with me to France, just because I thought it might be different. Looking back, it turned out to be one of my most productive weeks. Being able to  come in after a day out and get my laptop out to jot down an idea was a joy and I’ve taken whatever I’m working on away with me ever since. I think it’s the slower pace of life in France. Also, writing overlooking a field is so nice and not in the least bit pressured.  This got me thinking: what are other writers’ environments like? I asked a few writing friends to contribute to this blog.

I got a lot of responses that were framed around musical accompaniment and how the right sounding companion can either trigger inspiration or unlock that troublesome scene. I think companion is the right word: you want something there with you, walking you along the path of words, helping you avoiding those pesky procrastination trap-doors. People mentioned that they revisit music from a memory or era. What do you go with: Music with lyrics, music with no lyrics, or no music at all? There are also the writers who need to be surrounded by other people to write, whether that be for inspiration or just for background noise. I remember reading how Chris Chibnall wrote Broadchurch in the location of the scene he was writing.  Truthfully, there’s a myriad of options. It’s a good word isn’t it, myriad? I’m going to get that into a play. Myriad…

Anyway, asides aside, I think there is a very special type of writer: they whisper to themselves, on a bus or in a café. You may have given them a funny look, but trust me when I say they’re probably just a writer, making sure a line lands correctly. How do I know this? Because I’m one myself. Both my monologue and duologue were conceived over fifteen minutes when I couldn’t sleep one night. After that, I lived with them for a while, doing funny voices and everything. I’d like to take this opportunity to apologise to those with whom I live. It can’t be easy.

Writing is scary. I think this is why we need our music or favourite corner of a pub: they provide us with comfort and we know they’ve worked before so we keep revisiting them to see us through.  We mustn’t underestimate the role incentives play in getting us to that deadline either. It would appear that for most of my network, this is a tea or coffee. I once wrote the perfect line of dialogue directly after eating a Moam. I think we all know this cannot possibly be a coincidence.

It’s all about routine and getting in the habit of what works for you.

A Kit-Kat, Twix and (if I’m being completely honest) Cadbury’s Chocolate Fingers:  Not only are these treats often my weapon of procrastinating choice, but they’re nearly always better in twos; as is incidentally the next writing task of the Year Four Write To Play intake. It’s duologue time! (Excuse me whilst I park my segway).

When I think about it, plays with two characters have played a big part in my writing career to date.  I remember being captured by the plight of Aston and Davies in The Dumb Waiter as a reader. Being stuck with these people in the one room for a period of time meant we could be really invested and got to know them, flaws and all. This is something I’ve tried to take forward into my own writing.

Early on, I noticed that the dialogue would come to me far easier than anything else, resulting in some quirky characters. However, I’d always found it lacked a watertight story and structure. In January 2016, I decided to sit down and write a ten-minute two-hander, focussing on the story. The result was a play about two penguins (there’s a chocolate theme here isn’t there?) stuck on an iceberg. Only having two characters made it easier to start asking, “Where’s the story going? Where’s the conflict? What’s the structure?”  All of these questions are something that I’d avoided in the past (mainly through fear) but as soon as I faced them, the characterisation of my plays became far more enjoyable. Taking this mindset forward helped me work on the play I submitted to get onto Write to Play, and ultimately allowed me to talk to you through this blog.

Four years ago (when I started writing full time), I put a lot of pressure on myself to write a full-length play because I thought that that was going to set me up as a “serious playwright.” Now I think the opposite is true: it’s the little plays that matter. Those are the ones where writers cut their teeth and often a way for bigger, more substantial pieces to be developed. I’m reminded of something Naomi (Naomi Westerman) said in her last blog: “Theatres all over the world are crying out for ten minute shorts. Send them in!” Just because your two-hander doesn’t have an interval in it, doesn’t mean it’s any less worthy of being seen. A reoccurring idea from us Write to Players this year is that everyone is on a journey, we all have our own way of doing things and anyone out there should embrace it. Be bold, be positive and eat chocolate. EAT ALL OF THE CHOCOLATE. Especially when waiting on feedback on your first draft.

Coventry: home of Lady Godiva, the London Black Cab, and for two and a half days last week, the Graeae Write To Play Year 4 cohort, as we descended upon The Belgrade Theatre for some Monologue Madness!

I arrived in Coventry shortly after 1:15pm last Tuesday, in preparation for our Masterclass with Paines Plough’s James Greive. The first thing I noticed when driving towards the theatre was the gigantic IKEA in the city centre, complete with its own multi-storey car park. Whether such spaces were reserved only for those with flat-pack needs I couldn’t ascertain. I am however pleased to report that it’s as big on the inside as it looks from the outside! (Did you really expect me not to go in?!)

The workshop with James started with writing a two-hundred-word autobiographical story. This was followed by a discussion about making these stories more thematic and how doing things such as raising the stakes of our story can help us along the way. We then spent some time analysing two different drafts of the same play, picking out where things might be improved in later drafts, whether that be in clarity of story or subtext. Having a glimpse into the writer’s process and seeing the difference in the two drafts was eye-opening. Also, knowing that most writers experience draft after draft was really comforting for us going forward. Thank you James!

The day wasn’t through for us yet. That evening we had a trip planned to see The Belgrade’s Young Company show, Rise.  This was an enthralling, thought-provoking production with a message of equality at its heart.  It was great to see that the theatre is still so firmly attached to its principles of Theatre in Education and engaging with young people.

Friday morning arrived: this was it, the day of our first miniature. This was the day the six monologues got their airing! I met with my mentor Tom and actor Stephen for three hours to get the dust off my monologue, The Litter Tray Manifesto. We spent time dissecting the piece and really getting to grips with what each section meant. This really helped me as a writer, as hearing your work read helps you pick out the bits you perhaps need to clearer on, but also helps you understand your plays better. If there’s one thing I don’t think I’ll ever get used to, it’s hearing people analyse what I’ve written. Having someone suggest that this line you’ve written that’s about one thing is actually saying something else is wonderfully bizarre, and Tom and Stephen’s input really elevated what I’d written. With the odd tweak, it was ready to go after lunch.

The afternoon began with a chance to meet the other mentors and find out a bit about their working process. You could tell everyone couldn’t wait to reveal what they’d been working on for the past six weeks. Whilst watching them, what struck me was just how different they all were: whether it was a hen night ending rather explosively, or a mother being face-to-face with her own failures, everyone had their own distinct writing voice. Having spent time with each other since January, we’d got to know one another quite well as people and last week gave us a chance to meet the writers in all of us.

Coming away, what I really feel is just how fortunate I am to be surrounded by such a welcoming community of writers, mentors and creative artists. Thank you to everyone at The Belgrade for being such lovely hosts, and Graeae for entrusting me with this blog over the next month. Now, if you’ll excuse me, I’ve a duologue to write.

Until next time folks!
Mike.