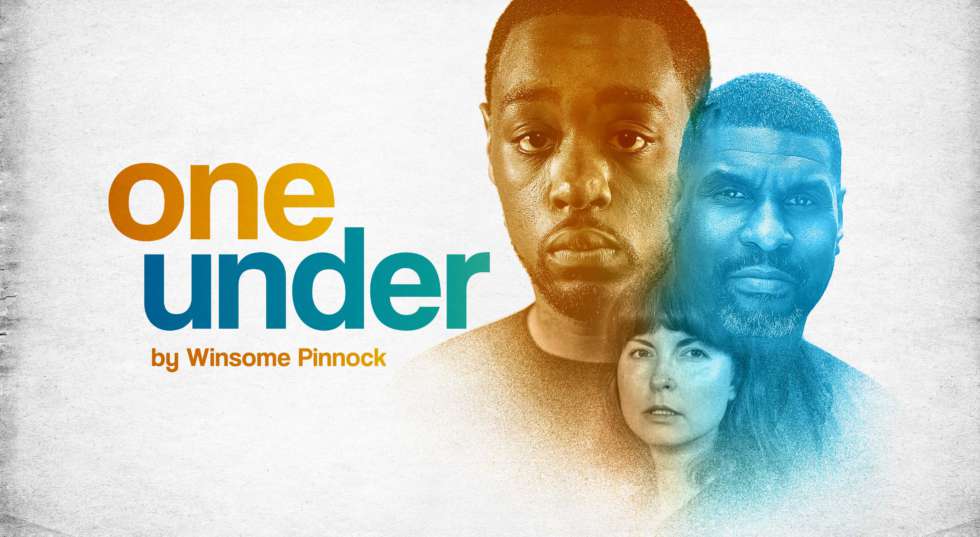 Some plays have prescience, some are ahead of their time. Fourteen years after Winsome Pinnock’s puzzle of a play One Under had its world premiere, with Graeae’s new version of the work about to embark on a national tour, this tale of Londoners that fall through the cracks has arguably never felt more of the moment. “The play had always left questions for me,” the playwright insists, “I’d always wanted to return to it.”

One Under starts with a suicide – its title being the term tube drivers use when somebody jumps in front of their trains – before tracing the impact of that incident on several Londoners whose lives criss-cross like tube lines: the train driver, convinced it meant more than mere coincidence; the deceased’s foster mother, coming to terms with her grief; a local dry cleaner who met the man immediately before he passed away. In the process, One Under nudges up against a number of prevailing issues: mental health, urban environs, precarious existences and marginalised identities.

Most prominently, Pinnock’s play captures something specific about city life: the way millions of us brush shoulders every day, co-existing across a vast shared space. “I’m a Londoner and that’s how we live, isn’t it?” Pinnock explains. “You’re constantly colliding with strangers and there’s a possibility for great intimacy in that, as well as explosions.”

Those encounters, born out of physical proximity, tend to transcend the looser boundaries of identity. As such, Pinnock’s play presents a cross-section of the capital. “It’s completely intersectional,” insists director Amit Sharma – and that’s something that Graeae, the UK’s leading D/deaf and disabled theatre company is perfectly placed to explore. The new version will feature a a cast of disabled and non-disabled actors .

What its characters share, however, is an economic situation. “It feels to me a play about class,” Sharma continues. “It doesn’t talk about the failures of structures in society. It talks about the consequences of them.”

Pinnock picks up the thought: “When people talk about poverty, I don’t think they talk about what it can do to people – physically, mentally; the sort of things people have to deal with as a result of living in poverty.”

Sharma sees the erosion of the welfare state as having exacerbated the precariousness of life in poverty, sharpening the problems of an unequal society in the process.  “I’m not saying that, in 2005 everyone else was doing cartwheels, but there was a level of support and, over the last 14 or 15 years, that’s gone.”

Partly as a result, Pinnock is having a purple patch, some might even say a renaissance. Having emerged in the late Eighties as a vital new voice, the first black British woman to be staged at the National Theatre, she had watched her work recede from mainstream stages in recent years. Fashions changed. Commissions fells away.

However, a pivotal intervention changed that. When Madani Younis revived her masterful full-length debut Leave Taking at the Bush Theatre in London, starting its Passing the Baton initiative to re-establish a black British canon of modern classics, it introduced a new generation of artists and audiences to her work. Pinnock has since won the prestigious Alfred Fagon award for her latest play, Rockets and Blue Lights.

That her writing has been neglected is, Sharma says, “a tragedy” – part of a wider erasure of marginalised voices in British theatre. “Winsome’s a hot new thing right now,” he jokes, fondly, “but Winsome herself has been here. It’s people’s perspectives and lenses that haven’t.”

Pinnock herself is more sanguine, suggesting that Leave Taking’s revival “really started a rollercoaster.” She believes Passing the Baton “has changed quite a lot” in itself, but thinks her playwrighting style might chime with the times. Her plays are about people more than they are plot. “I know it’s a bit contentious to say ordinary people,” she expands, “but they are exploring ordinary people and everyday lives, and showing them to be complex, intelligent and very interesting.” Her characters come with authenticity too. Born in Islington to working-class Jamaican immigrants, she’s always written the world around her. “I’ve lived with these sorts of characters, grown up with them,” she says. “They’re fascinating to me.”

With Graeae reviving One Under, it adds another layer of intersectionality. “Whatever marginalised group you’re in, disabled people are probably the very first group to be shat on,” Sharma explains. “It’s hard being a disabled person. In fact, it costs £500 more a month in this country.” That fact only exacerbates the poverty portrayed in the play.

“The reason this feels like a Graeae play is because the company’s most successful plays have been rooted in people,” Sharma adds – the point being that D/deafness and disability sits alongside and as part of the human experience. It affects everything: sex, communication, mobility – and mental health. “Mental health is absolutely part of the disabled experience,” he stresses. “Where the perception of Graeae revolves around physical and sensory impairment, it felt quite apt to put mental health front and centre.”

One Under is touring the UK this Autumn from October – December 2019. Visiting Plymouth, Leicester, Ipswich, Leeds, Newcastle, Liverpool, Birmingham, Salisbury and London.