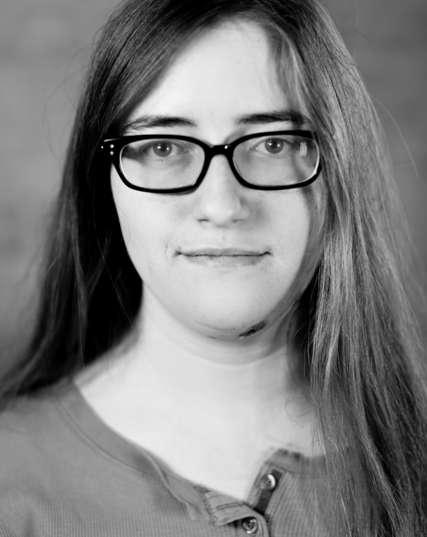 We’re here. At Manchester Royal Exchange. Looking at the outside of the theatre, I get a feeling of excited apprehension. Though that might have been watching my fellow cast members going on the rodeo bull at the Christmas Party (which was only organised as a team building exercise). When we were first allowed inside the theatre my brain went flicking between “Arghh” and “yippee”. Honestly, it’s a beautiful space and I feel privileged to be performing here. In fact this process is something I can’t quite believe that I am here.

This is my first professional production and what a play and a theatre company to begin with! The way of working and intensity of rehearsals could have been a major shock to the system but thinking about it, I got the best preparation for this job with Graeae’s Ensemble, their training programme for young D/deaf and disabled artists. Not only did the six of us get taught by tutors from drama schools, universities and theatre companies – we were directed by Jenny Sealey which got me used to her brilliant style of working and on a personal level the training helped me not to see my disability as a hinder but as an asset.

During the second week we focused on rehearsing Act 1 and Act 2. We had Lucy our brilliant movement director to figure out the different states of tension that the characters would be in, using key phrases relating to the play. This transformed into a long improvisation which revealed a lot about our characters and our relationship with Bernarda.

I love all the discussions we have in rehearsals about our character and figuring out how the audio description can be integrated into the script and which characters would sign at what point and why, adds another layer to the play.