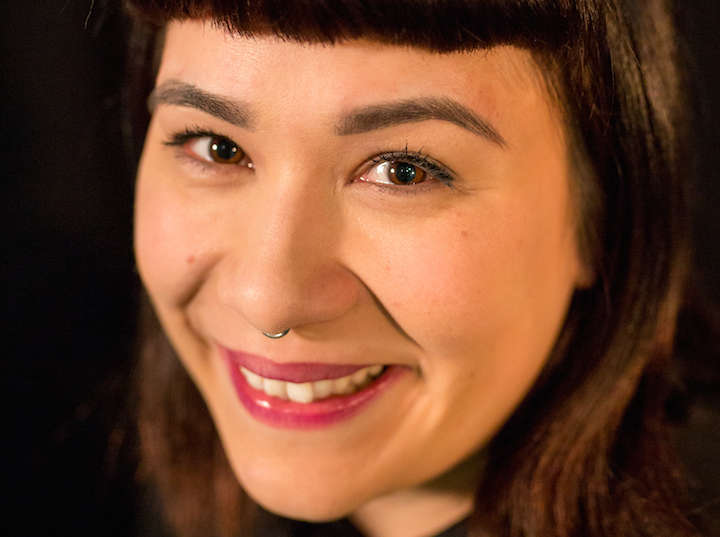 For me, a great play leaves me asking questions.

So, we left high off the success of the monologues at Soho Theatre and, after a cup of tea and a jammie dodger, I had time to reflect on how what we’d done. The five of us had each written monologues; we all have very different voices and themes, each knocking it out of the park but, as women in action films tend to ask, “what now?!”

The next task was to write a duologue and we had two whole months to write something.

My monologue was about mental illness and suicide – fyi: light and fluffy is kind of my thing – but, in the safety of a closed, supportive audience and without professional, financial pressure, I thought a dualogue was a great opportunity to mix things up. Question was: how?

For me, a great play leaves me asking questions. It can be “shit, I didn’t know that. I’m going to spend the next five hours looking all of this up on the internet,” or “gah! It’s asked a question and gave me more than one answer to consider. What do I think?” but the current question puzzling me was: could I do something as sophisticated as that, in ten minutes, and what the hell would I write about?

This was April. My brain was frazzled. I was drowning under the weight of having moved house and worried about being made redundant from my day job. Mate, shit was going down! I needed time-out so I metaphorically put Baby in the corner and let things percolate in the back of my mind for a while but before I knew it, we were already halfway through May. And I had nothing. And my first draft was already late. *Gulps*

My mentor, Annie Siddons (definitely more on her later), arranged a catch up to see if she could help me prise something out of my clogged brain. Plays, as with novels and films, come in all different shapes, sizes, themes, genres and styles but I was of the opinion I could only go the distance with something that I really loved, wanted to pull apart to understand, or made me exceptionally angry. As even the sound of chewing makes me angry, the world was my proverbial oyster.

When I started out writing, it was because of a Junot Diaz quote that struck me to my core. So much so that I had read it at the inaugural Act For Change event:

“You know, vampires have no reflections in a mirror? There’s this idea that monsters don’t have reflections in a mirror. And what I’ve always thought isn’t that monsters don’t have reflections in a mirror. It’s that if you want to make a human being into a monster, deny them, at the cultural level, any reflection of themselves. And growing up, I felt like a monster in some ways. I didn’t see myself reflected at all. I was like, “Yo, is something wrong with me? That the whole society seems to think that people like me don’t exist?” And part of what inspired me, was this deep desire that before I died, I would make a couple of mirrors. That I would make some mirrors so that kids like me might see themselves reflected back and might not feel so monstrous for it.”

Seeing yourself reflected on stage (or screen) is important. Whether it’s your gender, race, class, sexuality, disability or mental illness, seeing the complicated reality of yourself can pick you up with a “dude, it’s okay. You’re not weird (unless you want to be) and you’re definitely not alone”.

That was on my mind when I sat down with Annie and we were nearing the 19th anniversary of Tiananmen Square Massacre. This was a story which had yet to be told on stage and ‘Tank Man’, being one of the most iconic images in history, had yet to be discussed in theatre with Asians at the heart of the story. We needed a mirror. It was time.

When I look at the picture, I see acts of defiance and of courage. Not only a man standing in front of a line of tanks but also the driver holding everyone up by not mowing this man down. There are at least two sides to every story. I just had to decide which sides to choose.

Watching videos from around that time, it struck me that Tank Man had climbed the tank, tried to engage with the drivers (in fact, they have a brief conversation), he even sits on the top of it before being dragged away by other civilians. This was it. This was my seed. So, setting aside the intense cheering that was #itsfuckingcominghome, with the added weight of expectation from East Asians everywhere, and I wrote. And I couldn’t stop. That’s when you know you’re on to a good thing; when things are flowing.

Run throughs in the room with two actors was another amazing experience for completely different reasons. Again, we had some great talent in the room with Alex Chang and Lucy Sheen (of 1986 classic ‘Ping Pong’). This time, working through the script, I noticed things that didn’t quite flow as I thought or answered important questions, which was great as it told me what I’d not made clear.

This was Monday afternoon. Colombia v. England was Tuesday. The reading was due for Wednesday. Time was tight so I went home on Monday to edit and, overnight, I ended up rewriting completely. Plus I got to watch the match guilt free. Winner.

I worked on it so much that it was quite different. I woke on Wednesday morning to Lucy’s tweet: “When u read a new script & it touches your core so deeply you find yourself crying @littlemissmandu it’s on days like this I understand why I became an actor #actorslife”, (@LucySheen). Gulp! But watching them perform it at Ovalhouse theatre, with the rousing ‘Singing of Our Motherland (Ge Chang Zu Guo) in the background, I was both shocked and proud of the mirror that I’d created.

After the reading, for the second time, I found myself asking “what now?”

Sort of. Writers will describe you but it’s not just you, we’ll describe ourselves as well. Writers, we use the treasure trove that is our unique history and perspective. And that can be deeply personal but also problematic.

I have a writer friend who wrote an autobiographical piece and, when it was rejected, it felt not just a rejection of their work but of them personally. It affected both their confidence and their writing. As such, writers have to be careful and self-protection is important. That is why Inua’s workshop was such a great salve; we mined our brains for the personal and then found ways to remove them from ourselves enough to keep us safe.

Fast forward to mid-April where I found myself a quaking wreck in Soho Theatre. Thanks to Inua’s workshop, I wasn’t suffering from fear of the personal. No, I was suffering from regular pant-crapping, pre-performance fear…

To build the pace of my monologue, I had removed all but a handful of punctuation so that the piece could really fly. My mentor, Annie Siddons (more on her later), was directing the piece. She knew why it looked like I would destroy all punctuation in a fire worthy of Daenerys Targaryen. The actor however would have only three hours with us, and the text, before performing that afternoon.

One of the things I had been looking forward to in Write To Play was working with actors. Graeae and their partners did not disappoint. They had fixed us up with an amazing actor and I had been gifted with the fearless, whip-smart Ann Akin. Oh. My. God it was an absolute delight to have her on board: she took the script and ran with it faster than Usain Bolt!

Somehow with writing, in the deeply personal and oddly specific, we can connect far and wide. Experiences of mood disorders can be intense and, at times, disorienting and soul-crushing. With my piece, I wanted to give an insight as to just how intensely loud and yet incredible lonely mental illness can feel.

And, from the audience feedback, it worked.

Watching ’27 Club’ go from script to stage, was a great experience. We were an awesome team and, for the very first time, I relinquished my grip on Imposter Syndrome. I am proud of what I had done. I write therefore I am … a writer.

And, as the adrenaline subsided, I had a chance to appreciate just how lucky I am to be on this journey. And this is just the beginning…