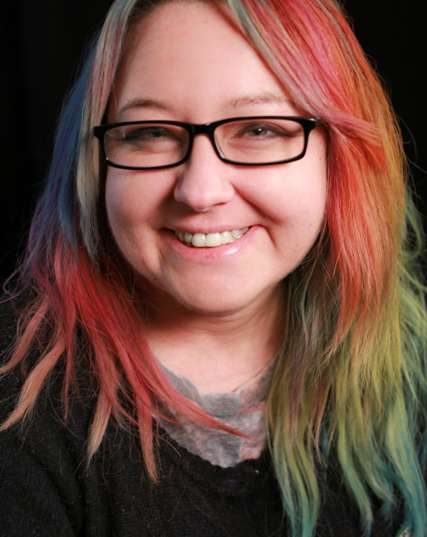 It’s all a balancing act

Sometimes being a writer is just something to bolster my own fragile identity. I like the idea of being bookish, it counters the scally bits, but I don’t really read that many books, I’m less bookish, more ‘ish’.  But on this scheme I  had to stop faffing about having fun with my own ego and do the important bit – the actual writing bit. Turns out it’s quite a do, it’s not like doing the dishes, I was saturated in issues. I annoyed the hell out of myself.

Somewhere along the way in life I got the message that theatre is for rich, clever people, people who are clever in a Trivial Pursuit way rather than a ‘I can fashion a crack pipe from an asthma inhaler and a bobble’ way.  When I do projects in theatres I find this feeling lurking about like a fog, usually where the smokers are, and we share our bravado insecurities layered in wit and sarcasm and it’s fun and it also causes rifts. It annoys me. We annoy me. I annoy me. It annoys me that we speak differently, we value and reference and drink differently and it makes sense in a smokers’ area, but once you put your fag out you’re back in the real world. Being professional whilst still being yourself, networking without being a twat is a balancing act in compromise and a crash course in charm. I’d probably say the first thing to not do is use the word ‘twat’.

So I started the Write to Play scheme with a belly full of secretly harboured class resentment and deep set insecurity.  Shelagh Delaney and Andrea Dunbar comfort me but I’m not a young protégé, I’d bury my head in Brendan Beehan, drink too much and end up in some forgotten backstreet. There’s others on the scheme who are as rough and stumble as me and that helps unless it doesn’t. Sardony builds walls. So my point among all this bleak is a happy one: I simply got over myself. Really. The grey clouds parted and little unironic tweetie birds did their thing and finally I could do that all important task: picking up a pen to actually write. Not at arms’ length with one eye on something comforting, not saturated in fret or hiding behind a invented version of myself but with my brain fully in it.

Obviously I’m still peculiar about it all. Tweetie birds don’t solve all ills. But the pen bit, that’s the important bit, sod everything else, the networking, the imagined judgement, the ego, the people pleasing, getting all that stuff out of the room is the thing, and then just sit down, and write.

I got off the train in Bolton and my heart felt at home; there’s a lot of pound shops here. It’s a clever town with a lot of heritage but it doesn’t like to brag about it. Then I ambled into Bolton Octagon and fell in love. If Bolton Octagon was a person it would be one of those mums who’d give the shirt off their back to make sure their kids are alright – authentic, hard working, un-ostentatious and a cracking story-teller.

Us second generation ‘Write to Play’ers are near the end of the scheme now, the sun is setting, it’s nearly home time. Soon the next generation will take over us, this time it’s the turn of Yorkshire and the North East, however before then – we need to write some stunning full length plays, excerpts of which will be showcased to all the partner theatres in a thrilling opportunity to get our work seen by some big cheeses.

Although we had had lots of masterclasses by this point, the room was still smelling of uncertainty (and pasties, they have a lot of pasties in Bolton, they’re good). There were moments during the week when we’d explode with doubt, so it was good that we had two facilitators who were seriously good, patient and personable.

Elizabeth Newman has recently been appointed the artistic director of the Octagon and is hugely passionate and authentic. She knows what she thinks and she cares about people, stories and connecting. She appears 10 times bigger than she is which is handy because she has been determined to work her way into a world where you are meant to be older, posher and maler than she is in order to get heard. She inspires you to stop faffing about and DO SOMETHING.

Mike Kenny would make an excellent headmaster in a hippy school. He’s gives a lot of himself – he’s genuine and unguarded in the way that a lot of successful people aren’t. I imagine he drinks well, I bet he gives good drunken-conversation. He makes you think you know what you are on about, but only when you do actually know what you are on about.

We did lots of writing exercises and freaked out a bit. We ate pasties and talked plots. Elizabeth simplified the things we’d over complicated in our minds and made it all make sense. We all went away with a play to write (or rewrite).

We are handing in our first drafts in a few days. I feel at once full of self-doubt and puffed up with pride about mine. Something important has clicked, I’ve turned a storytelling corner. Most of all – I’m excited.

I’m returning to Bolton for a work placement in November. I’m looking forward to a lot of passionate conversations about the power of theatre and story telling and how to make that work for the next generation. I get the feeling it’s a theatre that is very down to earth yet striving to put on shows that are out of this world, if not in terms of spectacle, then certainly in the way they connect with audiences.

At the moment they’re showing Bill Naughton’s All in Good Time – ostensibly a show about not being able to have it off because you can’t afford to move out from your parents, but really about the tender, trying sad secrets of families. See – down to earth, but it’ll break your heart with it’s honesty and realness. Just like Bolton.

As part of the Graeae experience we were asked to write a 10 min monologue with feedback from our mentors, Graeae would then source an actor  and then we all got together with staff from the partner theatres and watched them be performed.

For me it was quite a peculiar do, I have always written for myself – my experience is of stand-up comedy, bookish cabaret and solo shows where I talk directly to the audience. When I write a line I hear it in my accent with the unique little inflections, sly winks and cheeky smiles. I know how to sell a line that’s packed with taboo,  it’s a kind of one-legged, disco-bag lady charm. But none of that matters if you are writing for someone else! It’s totally obvious but it’s just sinking into my bones now that I need to forget all of that and put on a different hat –  I thought I had quite adamantly made my character NOT me, I made her posh (I’m rough as houses), I made her lonely (pft!) and I made her hate the things I love, but it didn’t matter because at the core of it she was still me. I should have clocked that when I asked Graeae for a one legged actress. Little miss ego or what. So I need to create characters from the core first, the very belly of them needs to start out different.  Start with a theme I feel fired up about and create characters that fit what I want to explore. It’s more like sculpture than stand up.

It’s dead interesting giving over control – it brings out all sorts of stuff you wouldn’t have thought of yourself,  you have to open out and be generous with your work while at the same time knowing what is important and unmovable and needs to happen. It’s like I’m used to eating with my fingers whereas writing for traditional theatre is like eating a meal from the other side of the room with cutlery the length of curtain poles. It’s like writing a recipe rather than cooking it yourself.

What I got from this is that I don’t know what I am doing yet, there’s a lot of skills to learn and stuff to get my head round but I feel confident that I have a strong voice and a unique worldview and that I have compassion for characters that a lot of people would find off-putting. Back to the drawing board, it’s a long game but I’m up for it. Bring on Round Two.