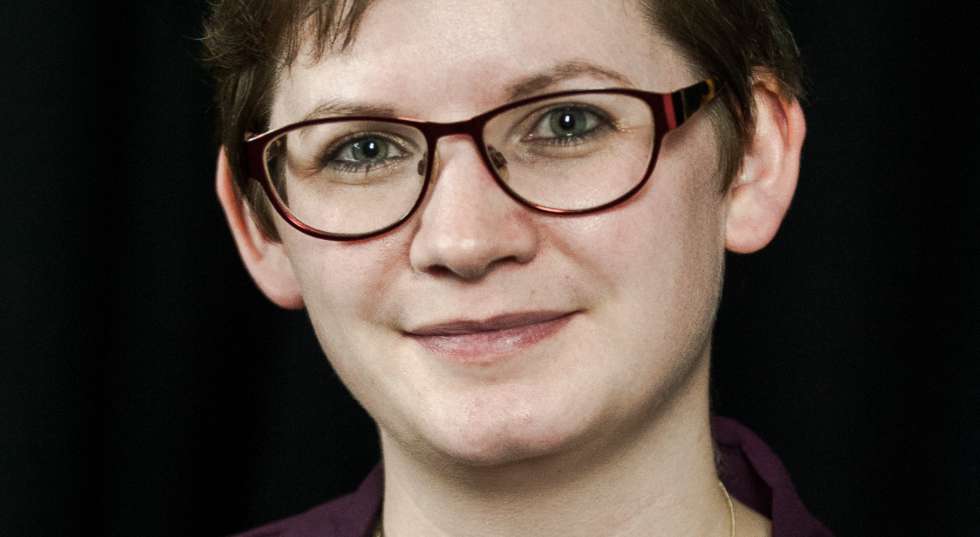 I’ve been struggling to think what the topic of my last blog post might be, partly because we’ve not had any direct contact with the Graeae team since I last posted, but also because I’ve barely had the time to think, let alone write anything. So that in itself seemed like a suitable place to start.

I don’t know about you, but my main barrier to writing is time. As a matter of fact it’s my main barrier for anything, especially (and conveniently) washing the dishes… I work full time, I direct shows with young people one evening a week (and at the weekend), and then there’s the pesky things like sleeping, eating, seeing loved ones and friends… it all takes up a lot of time. So, finding time to dedicate to writing is quite tricky. But, with the Miniatures over and the first draft deadline looming ever closer, the time for procrastination has gone. As such, if you are also struggling to get that story out of your head, here are some of my top tips for managing your time:

·Daily Pages – We were introduced to the concept in Playwriting 101. This literally involves you sitting down every day and writing.                Consider it breakfast for your brain.

· Put it in the diary – Whether you are going to write every day or certain evenings, put it in your diary and protect that time like it is work, a meeting or something else really important. Because it is. You are a writer (yes you are!) so this is your work time. The meeting is with your creative brain. This story you have to tell is important.

· Set yourself targets – You know what is realistic for you so don’t go too mad. One writer colleague sets a word count every time they write. Personally, I prefer setting aside a particular amount of time and telling myself I just have to write something. That way, I don’t let myself off the hook if I’ve done five pages but there’s still 10 minutes left, but I don’t beat myself up if I’ve only written (and deleted and re-written) a few sentences.

· Pick your location – Work out where you write best to help get you in the zone.  Some people write in bed. I find being out of the house works better for me. In both cases you are taking yourself away from distractions so you can focus.

· Get off the internet – Unless it’s actually research, it is procrastinating. If I’m writing and there is a thing I need to look up or check, I put lots of stars in the document so I can find it later.

· The Vomit Draft – Do not get hung up on making the first draft right. We have all become rather fond of the term ‘word vomit’, and henceforth a first draft should be known as the ‘vomit draft’. It is supposed to be ugly and rubbish. The whole point is to get it all out so that you can go back and make it better. Yes, I avoided delving too far into the vomit analogy. I’ve just eaten lunch.

I am certain there are so many more ways to beat the procrastination bug, so please absolutely share them with me. I’ve written this as much to remind myself as for you guys!

Last week, the Write-To-Play-ers had the delight of a few days at Graeae, catching up with Ola Animashawun and Vivienne Franzmann and chatting all things “full-length play.”  The week prior, we had all submitted our treatments: a rather bizarre experience of trying to summarise a play you haven’t even started or don’t fully know yet. Now the focus was developing these ideas and thinking more about what we wanted our play to be.  So of course, the first task was to begin thinking about a completely different idea altogether.

With that scary thought floating around our brains, we then delved into a number of exercises from Sarah Kane and Twyla Tharp, all with the aim of unpicking what truths we had to tell and what comprised a good play in our eyes.  The most revealing exercise for everyone was a Sarah Kane favourite; draw an outline of a body on a piece of paper and work through every memory you can find relating to your body.  As you find something, write a word or draw an image that represents this memory and your reaction to it.  Being a room of disabled artists this was, unsurprisingly, a rather difficult task.  I was rather raw for the rest of the day.  Whilst at the time this didn’t feel good, it proved to be important as the rest of the week unfurled.

Throughout the week, we had visits from The Royal Court, Soho Theatre and The National Theatre Studio which opened our minds to opportunities and connections available to us and what life after Graeae might look like (not that you ever really leave).  We also (as is necessary for any gathering of theatre creatives) had a couple of theatre trips: Blush at Soho Theatre and Killology at The Royal Court.  Both of these plays utilised styles that I love and told stories that were both moving and challenging, and whilst this might sound so very obvious to most people (including myself now), what made them powerful is that they always focused on the story.  It made me aware that I have been quite hung up on being experimental with form, when a good play has a foundation in story and character; form comes second.  So, whilst the thought made me quite anxious at the start of the week, I have taken up the challenge that Viv laid down on the first day and I have picked a whole new idea.  It will be painful to write but the best plays often are.

The time has arrived for me to take up the blogging baton, and just in time for Miniature 2.  For those of you that haven’t been following Michael Southan’s chocolate-based pre-cursors, Miniature 2 is the second of three writing challenges set by Graeae as part of the Write to Play programme.  Last week we huddled, duologues in hand and pen poised, ready to rip apart a piece we had been working on for months.

The Miniature week takes on two parts; the first is the time with actors and our mentor rehearsing, playing with and picking at our writing.  It is the first chance you have to really hear your work out loud and see if what you were trying to convey really comes across.  For each of the tasks so far I have tried to use the opportunity for experimentation; Miniature 1 looking at the immersive nature of theatre with a monologue designed to be performed almost entirely in the dark, and this time playing with metaphor and how you can convey your message powerfully by taking it out of the literal.  This made our workshop time truly valuable – seeing what the cast read into it, where they picked up on references I had places purposely and some I hadn’t intended at all.  It really reminded me of how much you can trust your audience you make certain connections for you.  I also got to work with both a Deaf and hearing actress for the first time, meaning I could explore how working with both English and BSL can open up new levels of meaning.

The second part is the sharing.  As much as it is the most welcoming and encouraging environment you will ever share your work in, it’s safe to say we were all feeling the pressure.  From core Graeae members to representatives from all three partner venues, there were a lot of inspiring voices in the room.  I’ll be honest, I spent most of the day marvelling at where I was and who I was with despite being over half way through the programme and being on hugging terms with most of them.

I don’t usually like the over-use of “emotional rollercoaster” (and upon mentioning this to Ola Animashawun [mentor on Write to Play] he suggested we pick a different fairground ride, maybe the tea cups) but never before in a performance of work has it been so appropriate.  Through the six different pieces, I went from side-splitting laughter to on the verge of tears.  In these few months with this group of strangers, our will to put words on a stage being our only connection, I can honestly say we have grown into a supportive family of writers and collaborators and I felt both excitement at the strength and potential of the work we were making and humbled to be part of the fold.