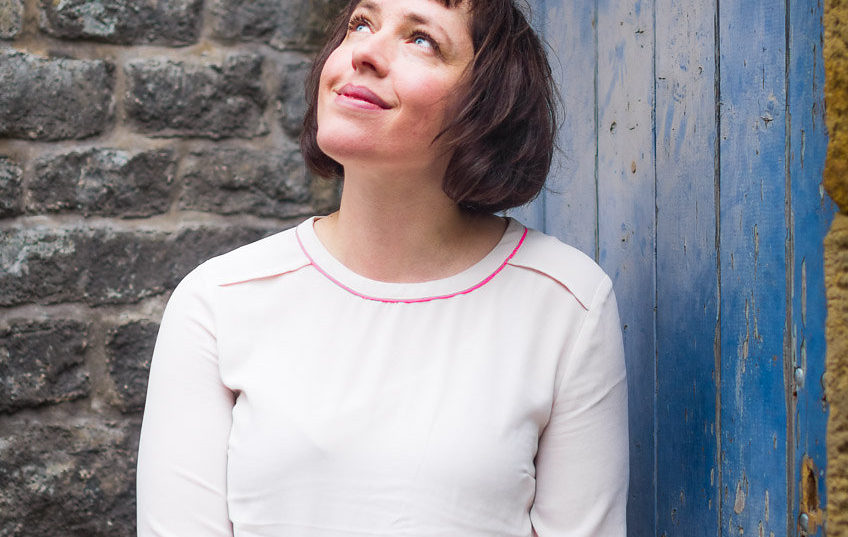 Ending on a high

So onto our final sharings at the Royal Exchange in Manchester, the event that had been a hypothetical blip on our horizons for the past twelve months, but here it was already, looming up and making us feel it was coming around way too quickly. If you’d asked me last year how I’d be feeling about the last showcasing of our work, I’d probably have said nervous and excited, but when the day rolled around I found myself feeling strangely flat.

For one thing, I wasn’t looking forward to saying goodbye to the friendly faces I’d got to know over the past year, including those of my fellow writers, the Graeae team (especially Chloe Todd-Fordham, Amit Sharma and Jenny Sealey) tutor Mike Kenny and supporters from our partner organisations the Bolton Octagon, Liverpool Everyman and the Royal Exchange. For another, I think I’ve learnt to see the work as something apart from me – something that can have a life of its own – so I’ve let go of a desire to try to control how it’s received, hence the surprising calm I felt on such a hectic day.

I’ve learnt from the rehearsals and other sharings we’ve had that each time work is read out, it sounds different and has varying effects due to random factors; the headlines that morning, the general energy in the room, the time of day, the weather…Having said that, all of the pieces went down a storm. Every writer pulled off something amazing in that the excerpts were all distinct from one another. You could really hear each writer’s ‘voice’ in the readings and I would love to see each one of those pieces in full. They were funny, dark, surprising, political, relevant, personal and original.

Stunning performances in my piece by actors Narinder Samra, Karina Jones and Marc Parry meant the audience were laughing aloud, yet seemed subsequently gripped by the efforts of these wonderful actors to bring my characters to life. I got that amazing feeling; the feeling all of us writers are surely doing this for: utter jubilance mixed with gratification that after weeks of writing and re-writing, after the stressing and ‘productive procrastinating’, after the impacts of casting, rehearsing and directing under the excellent guidance of Selma Dimitrijevic, I just might have succeeded in getting something I wanted to say across to others in the room. It felt fitting to end my incredible time with Graeae on such a high.

Rewriting and finding the title
23 November 2015

After the excitement of my two weeks on attachment at the Liverpool Everyman and Playhouse, and at the Royal Exchange in Manchester, I am in a bit of a slump. What, I have no meetings with leading theatre figures to attend? No lunches with Literary Assistants? I am back to making my own schedule and entertainment. This mainly takes the form of rewriting my full-length play for a deadline later this month.

The title is bothering me. In The Night is true to the themes in the play and serves it well, but is it too subtle? The play follows the journey of a left-wing idealist so passionate about changing the world that she comes to use strong-arm tactics more usually employed by the sort of right-wing tyrants she hates. So leftright is also appealing (and fashionably lower case). It’s punchier than In The Night. But is it too obvious? This dilemma sums up a conundrum revisited time and again with my intuitive and excellent mentor Selma Dimitrijevic, who encourages me to trust the audience and leave plenty of opportunity for a reader/theatre-goer to join the dots.

As with all forms of dramatic writing, what we leave out matters. I have realised a performance of a play can comprise as many versions as there are people in the audience, because each will bring his or her own references to what they see, synthesising unique interpretations. And, nearing the end of this rollercoaster year with Graeae, I am more OK with that than ever.

Playwriting’s weird; I probably like to think I am an innately freedom-loving, liberal type, yet I want to manipulate, to steer, or – at my most subtle – suggest associations I hope to trigger in audiences’ heads. There is a constant tension between trying to control what people make of my plays and planting seeds for them to grow themselves. In some cases I say too much, over-feeding the audience with exposition (a common first-draft weakness); in others I say too little, meaning plot points are missed because I’ve only offered crumbs. I’m not there yet. But it’s an enjoyable, rewarding – and probably life-long – experiment to try and get right.