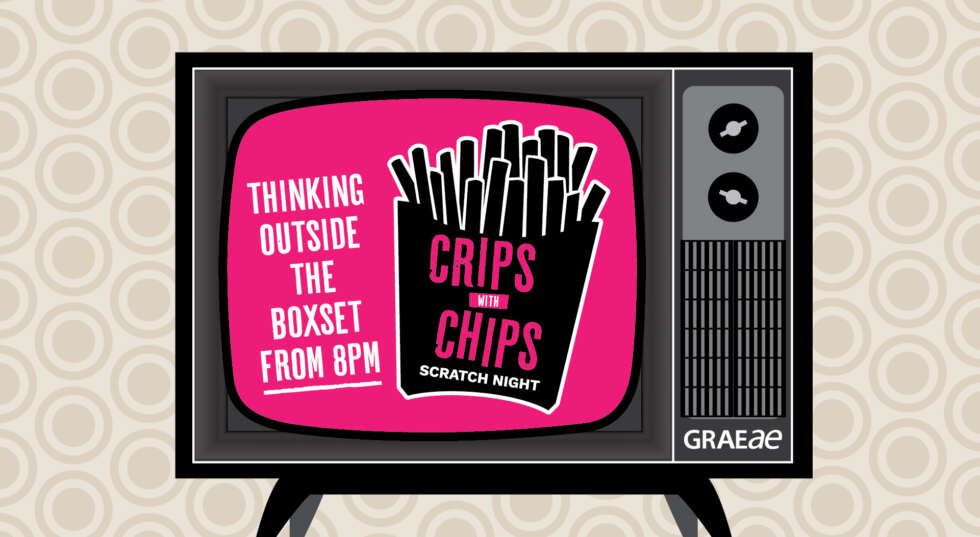 While we’re sad we can’t serve up actual chips for our scratch night (what with it being an online event and all), here are some of the favourite recipes from members of the Graeae team, as well as some of the TV shows we’ve enjoyed the most in lockdown:

Modern Family became my second family, and Phil Dunphy became my live in husband. When it ended, I missed him. Then I discovered there were 11 seasons not 8, and I got my husband back. It was like those couples who marry, divorce, then bump into each other years later in Ikea and get married again.

I watched all 7 seasons of Buffy The Vampire Slayer, which felt very nostalgic! I especially love the musical episode. It’s ridiculous
in the best way. I’ve also watched so many cooking shows, house buying shows and interior design shows, in preparation for the dinner parties I will one day be allowed to host again!

I re-watched all of modern-day Doctor Who which made me really appreciate Peter Capaldi who not everyone is a fan of as the Doctor but I do think he bought a nuance to the character that I didn’t appreciated at the time. Also, Jodie Whittaker is just wonderful. I binged Bridgerton, Schitt’s Creek, Queen’s Gambit, I May Destroy You, Normal People and I got seriously into I’m A Celebrity!